A downloadable game for Windows

You heard a strange noise at night and notice your parents are missing. You have to escape the terrors of Siren head and escape in this scary horror adventure!

Solve the puzzles in the maze and escape the terrifying sounds. The siren's head will always be close and watch.

Unzip the folder and run Siren Head Field.exe to play the game

This was actually super scary! And Damn Hard

Really great game, however night 2 is much more harder than night 1. I can't imagine what night 7 is like.

Very difficult but I enjoyed it! Great atmoshpere and the puzzles were just the right level of difficulty imo.
Did encounter a few bugs like getting stuck in menus (although only twice). I also had one instance where the maze seemed to produce nothing but dead ends.

Other than that, great game!

hey can you fix the airplane paper i click so many times it dint work pls for the love of god fix it and btw your game is so cool:P

I realized the instructions were wrong, you actually press R to throw it... Yeah i just mashed the keyboard until I found it.

me i almost brake my mouse clicking 5 minits but thx for that :P

Pros and cons are down below) Check out my vid here:

1. The ambiance is so good! Siren Head model looks terrifying. I love how it slowly appears out of fog! I think the game looks very cool!

2. The concept is very interesting. Though, I haven't seen past the first level yet. The game is scary and challenging at the same time.

3. I also absolutely love Siren Head voice lines. It feels very creepy and funny at the same time how Siren Head goads the player into entering the field.

1. I think the difficulty needs to be balanced a bit more. It's cool that the game is challenging but feels unfair at the same time how Siren Head can simply block the only way forward and the player can't really do anything about that. I would recommend giving more paper planes at the start and have some neat mini games. That would help a lot. But this needs to be carefully balanced so the game wouldn't turn out to be too simple.

2. It would be very cool if the mini games were also randomly generated. It's so scary to solve puzzled while Siren Head is closing in on the player! It would be cool if it would feel like that every time the player solves puzzles.

3. There was a moment when I got stuck at the house and had to restart. You can see that in the vid.

I think the game is great! It was a bit more difficult than I anticipated, so I haven't even beaten the first night but I am planning on revisiting the game when I have more time. I will write another comment after revisiting the game and I'll give feedback on other chapters as well! Right now I'll rate the game 5/5 because it impressed me greatly! Though, I think there is still room for improvement!

Hope my feedback was useful!

the puzzle that locked me on spot and had no choice to leave was really dumb and i didnt know how to complete it so i just decided to quit the game from that point on, also please turn down the audio even when its on the lowest its still super loud...

Played the game. This is actually a really hard horror game. Only managed to do 1 of the 3 puzzles, but overall enjoyed it. Feel free to support the channel <3

hi, big thx for the game. greetings from rosti 😁

It's a really challenging Siren Head game, probably the hardest. The concept is really neat! What's hard is the maze... I made a 3+ hour appempt on Day 1 and that's enough for me. Day 2 looks the same. There are no save features so you really have to watch out for siren head and plan. Save every bit of your paper airplanes!

Really challenging, but it will be more enjoyable when you add map, that indicate where you have to go to solve puzzle. Please do this.

Nice try, everything but the maze concept is fine.

I beat DAY 1 & DAY 2....But I'm not sure what happening in DAY 2 Because I can Jump high and beat the level easily.

Thank you for noticing. I fixed this in the new version

Couple of things I also noticed.

It was SO GOOD but there's no way to beat it! Being stuck in a maze just repeatedly dying gets old after the 5th death when you're doing everything right and not winning.

I updated it. Siren head wont be as close to the player as before and it should be easier now

I tried a bunch of times but I couldn't get past Day 1. I finished 2 puzzles on one attempt but couldn't find the 3rd in that corn maze. Being lost in a maze like that just wore down my patience and I had to give up eventually. I like the paper airplane idea though. That's a nice change.

I really tried to beat the game, but it's too challenging. After spending 3 hours on day 1 i gave up. Sometimes he will appear behind you and other times the maps are so random it gives lots of dead ends. At the end the game stopped being scary and just frustration. The paper airplanes are also random it seems, you can't always have 3 as they are in different places. Maybe I'll try again some other day.

hi developers I can't open the door for the first room in part 1 where it says go wake up your parents. the 'E' is not working.

Pick up the flashlight and the door will open. 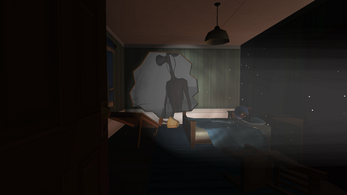 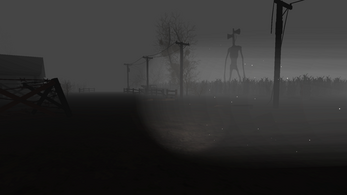 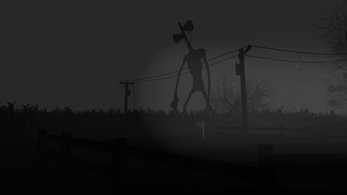 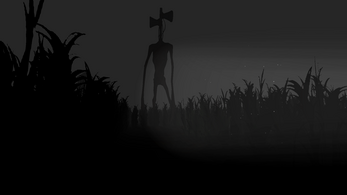 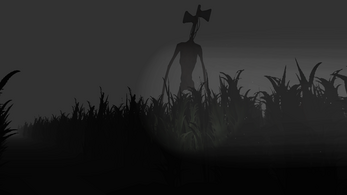 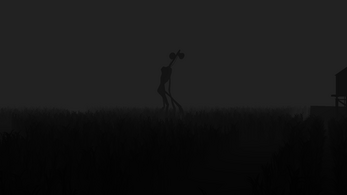